There’s a new theory on climate change that has nothing to do with scientific studies, conspiracies, opposing political parties, or any other group.  It’s the Persephone Theory.  Never heard of it?  You probably have, it’s been around for thousands of years, you’ve just never put two and two together.  Well, I have.

Climate Change and the Greek Connection

Let’s take a little walk back in time.  WAY back.  Back to the ancient Greeks.  They understood, and we have forgotten, what (and who) is behind changing weather patterns.  No mystery here.  We just don’t want to acknowledge it.  We no longer accept myth and legends.  But the ancients knew… and here’s the story. 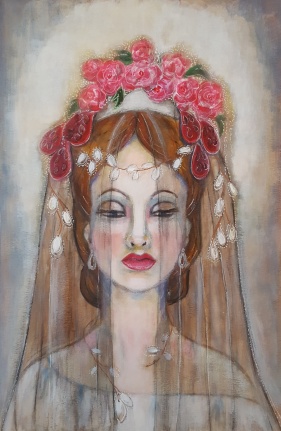 Sweet, beautiful Persephone was the daughter of the god Zeus and the goddess Demeter. She was exquisite and “the bachelorette” of her time.  All the gods were hot for Persephone and many approached her mother to ask if they could marry her.  Now here’s the rub, the thing, the problem.  Demeter was an overprotective, obsessive mother.  NO man (Olympic god or otherwise) was good enough for her little girl.

Enter Hades.  He is the brother of Zeus, God of the Underworld, and much too old for Persephone.  He repeatedly asks Mother Hen Demeter for permission to marry her sweet little mini-goddess.  Mother Hen… ok, Goddess Demeter repeatedly says, “No effing way.”  Hades is not happy.  So…. one day while Persephone is out picking flowers and away from her mother, Hades comes roaring out of the Underworld in his chariot and snatches up dear sweet Persephone!  Mama doesn’t see it.  However, daddy does and so does Helios (the Sun god).  Not wanting to start a fight with Hades, the two play dumb and don’t tell Demeter.  (Which soon leads to a little climate change on Mount Olympus.)

Eventually, Mama finds out and, of course, she’s livid.  Zeus won’t help, so she begs Helios to step in.  However, he basically tells Demeter hey,  maybe it’s not such a bad thing for Persephone to be the new Queen of the Underworld, and to let it go.  (What a coward.)  Demeter gets really angry now and decides fine… I’m not going to do my goddess duties.  She stops caring for the earth.  No more growth, new crops, fertility, etc.  Enter famine and a lot of angry humans.  Without Persephone, climate change has begun.

Persephone.   Goddess of Spring, the Underworld and… Climate Change

With Mama Demeter making life miserable on Mount Olympus as well as for everyone and everything on earth… Zeus finally gets the hint and promises his wife that he will bring Persephone back IF it’s found that Hades is keeping her in the Underworld against her will.  Meantime, Hades gets word and somehow tricks Persephone into eating some pomegranate seeds.  Seems that pomegranates were the nasty little secret of the underworld.  Eating seeds from this fruit would forever bind you there because you would be consumed with the insane desire to not want to leave.  Fast forward… there’s a big meeting with Zeus, Demeter, Hades, Persephone and all the other residents of Mount Olympus.  When asked, Persephone (under the influence of the seeds) says she is staying with Hades willingly.  Mama freaks and knows something is amiss.  Once again, she is livid.  Not wanting another repeat of what Demeter did before, Zeus works out a compromise.  Persephone would spend half her time in the underworld with Hades and half her time on the mount with her mother.  As long as everyone follows the “plan”, Spring emerges on time as Persephone emerges from below.  Happy once again.  SO…

What the Heck Does This Have to Do with Climate Change and The Persephone Theory?

Well, think about it!  I figure that there’s still a lot of bad blood and bickering going on between Hades, Persephone, and Demeter.  Every time Persephone is delayed in the underworld by Hades or is delayed by her mother from going back to her husband, we see weird weather.  Her being pulled back and forth, and having her happiness being messed with, directly impacts her ability to do her job and it impacts her mother’s ability to do hers as well!

Persephone is the key to and reason for climate change!  Ladies and gentlemen, it’s the Persephone Theory!

Ok, I had my fun.  I painted my interpretation of Persephone and wanted to share the legend…  my way.  On a serious note, climate change is a real concern and I sincerely hope that people everywhere are paying attention and working on ways to lessen it’s impact.